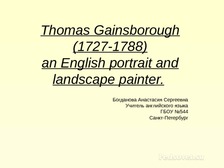 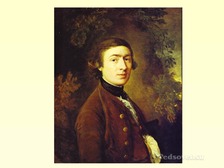 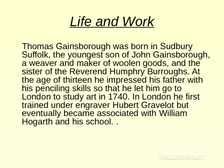 Life and Work Thomas Gainsborough was born in Sudbury Suffolk, the youngest son of John Gainsborough, a weaver and maker of woolen goods, and the sister of the Reverend Humphry Burroughs. At the age of thirteen he impressed his father with his penciling skills so that he let him go to London to study art in 1740. In London he first trained under engraver Hubert Gravelot but eventually became associated with William Hogarth and his school. . 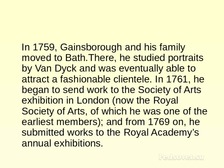 In 1759, Gainsborough and his family moved to Bath.There, he studied portraits by Van Dyck and was eventually able to attract a fashionable clientele. In 1761, he began to send work to the Society of Arts exhibition in London (now the Royal Society of Arts, of which he was one of the earliest members); and from 1769 on, he submitted works to the Royal Academy’s annual exhibitions. 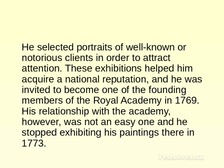 He selected portraits of well-known or notorious clients in order to attract attention. These exhibitions helped him acquire a national reputation, and he was invited to become one of the founding members of the Royal Academy in 1769. His relationship with the academy, however, was not an easy one and he stopped exhibiting his paintings there in 1773. 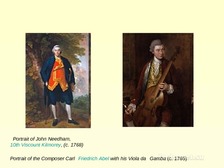 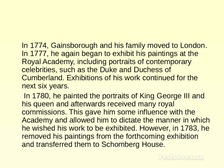 In 1774, Gainsborough and his family moved to London. In 1777, he again began to exhibit his paintings at the Royal Academy, including portraits of contemporary celebrities, such as the Duke and Duchess of Cumberland. Exhibitions of his work continued for the next six years. In 1780, he painted the portraits of King George III and his queen and afterwards received many royal commissions. This gave him some influence with the Academy and allowed him to dictate the manner in which he wished his work to be exhibited. However, in 1783, he removed his paintings from the forthcoming exhibition and transferred them to Schomberg House. 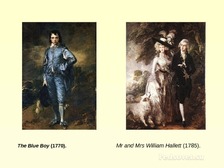 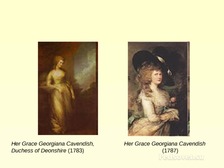 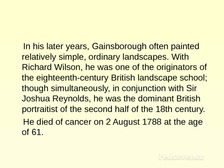 In his later years, Gainsborough often painted relatively simple, ordinary landscapes. With Richard Wilson, he was one of the originators of the eighteenth-century British landscape school; though simultaneously, in conjunction with Sir Joshua Reynolds, he was the dominant British portraitist of the second half of the 18th century. He died of cancer on 2 August 1788 at the age of 61. 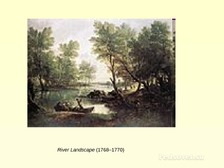 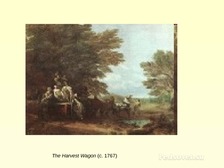 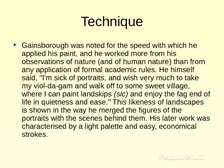 Technique • Gainsborough was noted for the speed with which he applied his paint, and he worked more from his observations of nature (and of human nature) than from any application of formal academic rules. He himself said, "I'm sick of portraits, and wish very much to take my viol-da-gam and walk off to some sweet village, where I can paint landskips (sic) and enjoy the fag end of life in quietness and ease." This likeness of landscapes is shown in the way he merged the figures of the portraits with the scenes behind them. His later work was characterised by a light palette and easy, economical strokes. 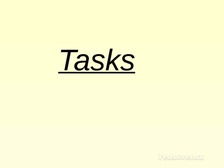 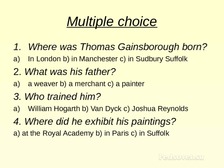 Multiple choice 1. Where was Thomas Gainsborough born? a) In London b) in Manchester c) in Sudbury Suffolk 2. What was his father? a) a weaver b) a merchant c) a painter 3. Who trained him? a) William Hogarth b) Van Dyck c) Joshua Reynolds 4. Where did he exhibit his paintings? a) at the Royal Academy b) in Paris c) in Suffolk 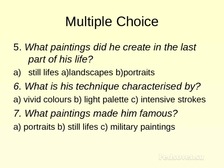 Multiple Choice 5. What paintings did he create in the last part of his life? a) still lifes a)landscapes b)portraits 6. What is his technique characterised by? a) vivid colours b) light palette c) intensive strokes 7. What paintings made him famous? a) portraits b) still lifes c) military paintings 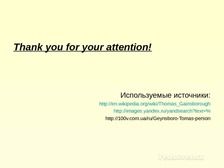