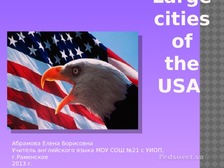 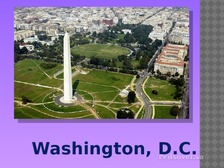 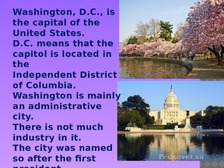 Washington, D.C., is the capital of the United States. D.C. means that the capitol is located in the Independent District of Columbia. Washington is mainly an administrative city. There is not much industry in it. The city was named so after the first 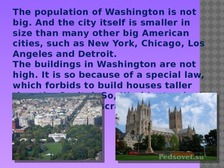 The population of Washington is not big. And the city itself is smaller in size than many other big American cities, such as New York, Chicago, Los Angeles and Detroit. The buildings in Washington are not high. It is so because of a special law, which forbids to build houses taller than the Capitol. So, Washington is the city with no sky-scrapers. 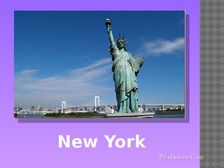 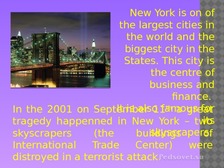 New York is on of the largest cities in the world and the biggest city in the States. This city is the centre of business and finance. th It is also11famous for In the 2001 on September a great its tragedy happenned in New York – two skyscrapers skyscrapers (the buildings of. International Trade Center) were distroyed in a terrorist attack. 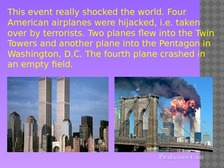 This event really shocked the world. Four American airplanes were hijacked, i.e. taken over by terrorists. Two planes flew into the Twin Towers and another plane into the Pentagon in Washington, D.C. The fourth plane crashed in an empty field. 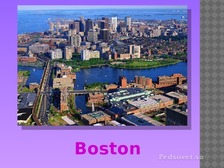 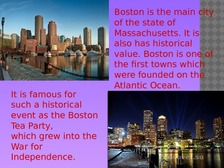 It is famous for such a historical event as the Boston Tea Party, which grew into the War for Independence. Boston is the main city of the state of Massachusetts. It is also has historical value. Boston is one of the first towns which were founded on the Atlantic Ocean. 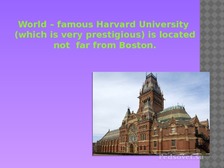 World – famous Harvard University (which is very prestigious) is located not far from Boston. 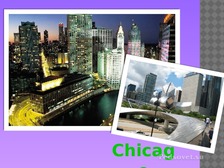 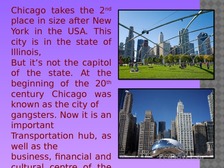 Chicago takes the 2nd place in size after New York in the USA. This city is in the state of Illinois, But it’s not the capitol of the state. At the beginning of the 20th century Chicago was known as the city of gangsters. Now it is an important Transportation hub, as well as the business, financial and 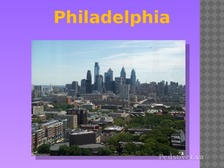 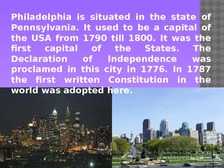 Philadelphia is situated in the state of Pennsylvania. It used to be a capital of the USA from 1790 till 1800. It was the first capital of the States. The Declaration of Independence was proclamed in this city in 1776. In 1787 the first written Constitution in the world was adopted here. 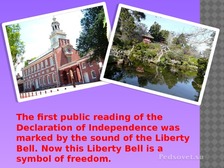 The first public reading of the Declaration of Independence was marked by the sound of the Liberty Bell. Now this Liberty Bell is a symbol of freedom. 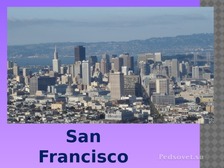 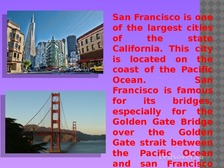 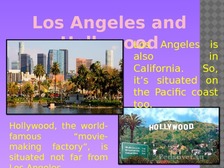 Los Angeles and Los Angeles Hollywood is also in California. So, it’s situated on the Pacific coast too. Hollywood, the worldfamous “moviemaking factory”, is situated not far from 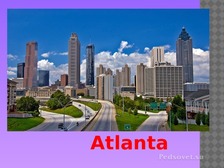 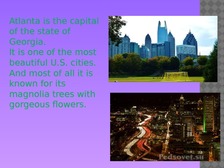 Atlanta is the capital of the state of Georgia. It is one of the most beautiful U.S. cities. And most of all it is known for its magnolia trees with gorgeous flowers. 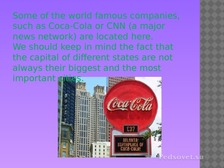 Some of the world famous companies, such as Coca-Cola or CNN (a major news network) are located here. We should keep in mind the fact that the capital of different states are not always their biggest and the most important cities. 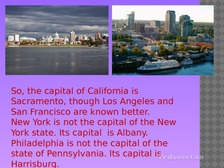 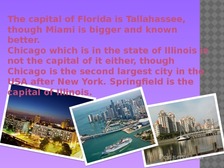 The capital of Florida is Tallahassee, though Miami is bigger and known better. Chicago which is in the state of Illinois is not the capital of it either, though Chicago is the second largest city in the USA after New York. Springfield is the capital of Illinois.