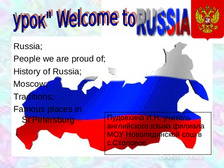 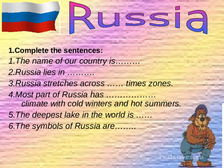 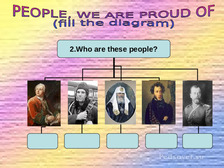 2.Who are these people? 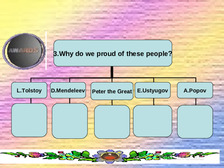 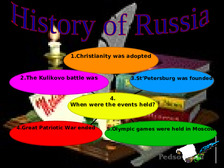 1.Christianity was adopted 2.The Kulikovo battle was 3.St’Petersburg was founded 4. When were the events held? 4.Great Patriotic War ended 5.Olympic games were held in Moscow 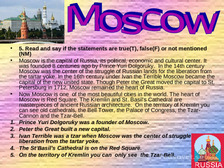 • • • 1. 2. 3. 4. 5. 5. Read and say if the statements are true(T), false(F) or not mentioned (NM) Moscow is the capital of Russia, its political, economic and cultural center. It was founded 8 centuries ago by Prince Yuri Dolgoruky. In the 14th century Moscow was the center of the struggle of Russian lands for the liberation from the tartar yoke. In the 16th century under Ivan the Terrible Moscow became the capital of the new united state. Though Peter the Great moved the capital to St. Petersburg in 1712, Moscow remained the heart of Russia. Now Moscow is one of the most beautiful cities in the world. The heart of Moscow is Red Square. The Kremlin and St. Basil's Cathedral are masterpieces of ancient Russian architecture. On the territory of Kremlin you can see old cathedrals, the Bell Tower, the Palace of Congress, the TzarCannon and the Tzar-Bell. Prince Yuri Dolgoruky was a founder of Moscow. Peter the Great built a new capital. Ivan Terrible was a tzar when Moscow was the center of struggle for the liberation from the tartar yoke. The St’Basil’s Cathedral is on the Red Square. On the territory of Kremlin you can only see the Tzar-Bell. 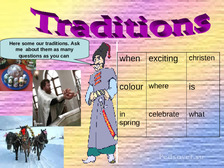 Here some our traditions. Ask me about them as many questions as you can when exciting christen colour where is in spring what celebrate 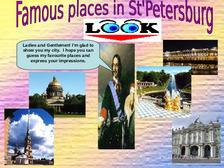 Ladies and Gentlemen! I’m glad to show you my city. I hope you can guess my favourite places and express your impressions. 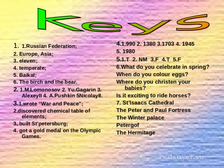 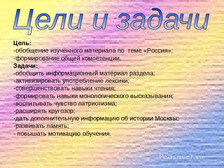 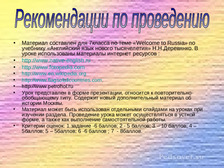 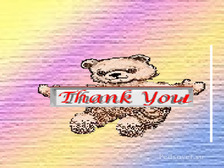