Please, look through the words if you have some problems with understanding you can ask for help.

«What kind of books would you write? Why?

--«Presentation» Now look at the screen of today’s presentation and meet with some of English-speaking writers, pay attention the genres they wrote.(Пример презентации)

«Match the names of Russian and English –speaking writers and the kinds of books they wrote.Проверка полученных результатов.

Now you will work in groups again and make projects. You will present your favourite writer. Use the ex103.as the plan.

Now it is time to show the results of your team work and present your projects.

Today we have studied different genres of books , met with famous writers. Thank you for your active work in the lesson.

Hometask: Your hometask will be to write how books change people (ex.40 p.89)

The lesson is over. Goodbye.

An endangered species, the giant panda can only be found in the mountain bamboo forests of Western China. There are only about 1,000 wild giant pandas left in the world. Giant pandas are members of the bear family, and they are mammals. Even though giant pandas look just like bears, they certainly do not behave like bears. Unlike their meat-eating relatives, giant pandas are vegetarians for the most part of their time. Their favourite food is bamboo. Giant pandas must eat a lot of bamboo everyday to get enough nourishment. In fact, they spend at least 12 hours everyday eating about 33 pounds of bamboo. However, if they are extremely hungry and bamboo is nowhere to be found, giant pandas may eat grass, fruits, or sometimes, small animals like chicken.

Lake Baikal is the most ancient lake on earth. Lakes rarely live longer than a million years but the ‘Pearl of Siberia’, as it is often called, is more than 25 million years old! The lake holds one-fifth of the planet’s fresh water – and it is still clean!

Lake Baikal is one of the most beautiful places on earth. This wonder of the natural world is difficult to describe. The waters of the lake are amazingly transparent – and they change colours all the time. Lake Baikal is a living museum of water plants and animals. You can see many of them nowhere in the world.

The lake is surrounded by beautiful mountains. The Baikal Mountains and the taiga are protected as a national park.

After her husband had gone to work, Mrs Richards sent her children to school and went upstairs to her bedroom. She was too excited to do any housework that morning, because in the evening she would be going to a fancy dress party with her husband. She intended to dress up as a ghost and she had made her costume the night before. Now she was impatient to try it on. Though the costume consisted only of a sheet, it was very effective. Mrs Richards put it on, looked in the mirror, smiled and went downstairs. She wanted to find out whether it would be comfortable to wear.

Just as Mrs Richards was entering the dining-room, there was a knock on the front door. She knew that it must be the baker. She had told him to come straight in if ever she failed to open the door and to leave the bread on the kitchen table. Not wanting to frighten the poor man, Mrs Richards quickly hid in the small store-room under the stairs. She heard the front door open and heavy footsteps in the hall. Suddenly the door of the store-room was opened and a man entered. Mrs Richards realized that it must be the man from the Electricity Board who had come to read the meter. She tried to explain the situation, saying 'It's only me', but it was too late. The man let out a cry and jumped back several paces. When Mrs Richards walked towards him, he ran away, slamming the door behind him. (1110)

I'll never forget Easter of 1946. I was 14, my little sister Ocy was 12, and my elder sister Darlene was 16. We lived at home with our mother; our dad had died five years before, leaving Mom with three school kids to raise and no money.

A month before Easter the pastor of our church asked everyone to save money and help a poor family.

When we got home, we talked about what we could do. We decided to buy 50 pounds of potatoes and live on them for a month. When we thought that if we kept our electric lights turned out as much as possible and didn't listen to the radio, we'd save money on that month's electric bill. Darlene got as many house and yard cleaning jobs as possible, and both of us babysat for everyone we could.

Have you ever seen a small animal with four pairs of legs, a body that is divided into two parts?

This is a spider. Spiders live all over the world. They do not live only in the coldest places. You may find them on land: on grass, bushes, trees, and on pools, rivers, seas. There are 15,000 different kinds of spiders. The smallest spider is less than 1 mm in body length, and the biggest one can have body length up to 90 mm.

The spider spins its web to catch insects for food. It spins its web all its life. The process of spinning a web is very long. People say that the spider is very persistent in its work. If you destroy its web, a spider will begin to spin a new web

Every day we counted the money to see how much we had saved. At night we'd sit in the dark and talk about how the poor family was going to enjoy having the money the church would give them.

The day before Easter, Ocy and I walked to the grocery store and the manager gave us three $20 bills and one $10 bill for all our change. We had never had so much money before.

We could hardly wait to get to church. When the pastor was taking money, Mom gave him a $10 bill, and each of us, kids, $20.

As we walked home after church, we sang all the way. Later that afternoon the minister drove up in his car. Mom went to the door and then came back with an envelope in her hand. She opened the envelope and out fell a bunch of money. There were three $20 bills, one $10 and seventeen $1 bills. (1219)

There is a story about a spider and a Scottish hero Robert Bruce (1274-1329). Robert Bruce was at the head of the Scottish army in the fight for the independence of Scotland against the English kings, Edward the First and Edward the Second. .

Watching the persistent work of the spider, Bruce decided to be as persistent as the spider and continue the fight for the independence of Scotland. And he defeated the English.

It was many years ago, but Scottish people still remember their great victory, and their great leader Robert Bruce.

Many national and local celebrations took place in Scotland in the past and some survive to this day. They start on January 1st and finish on the major celebration on the Scottish calendar – Hogmanay, New Year's Eve, on December 31st. Hogmanay, the celebration of bringing in the New Year is a more important festival in Scotland than Christmas.

The origin of the word ‘Hogmanay’ is lost in the past. Historians believe that the Scots inherited the celebration from the Vikings who, coming from even further north than they themselves, paid even more attention to the passing of the shortest day.

Schools close for the summer in the UK about the middle of July and open again at the beginning of September, so most families go on holiday in July and in August.

Many families go to the Mediterranean to get two weeks of the sun. The most popular destination in Europe is Spain. Outside Europe, Florida in the USA is the top destination.

Many families stay in the UK for their summer holidays. Popular seaside resorts are Scarborough and Blackpool, some places in Devon and Cornwell

The Scots have a long rich heritage associated with this event. There are traditions such as cleaning the house (known as "redding") on December 31st (including taking out the ashes from the fire in the days when coal fires were common); visiting friends and relatives immediately after New Year's Eve, in the early hours of the morning of January 1st. First footing after the bells have rung in the New Year is still common - the "first foot" in the house after midnight should be male, dark, and handsome and should carry symbolic coal, shortbread, salt, black bun (a spiced cake) and, of course, whisky. 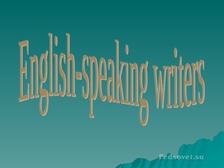 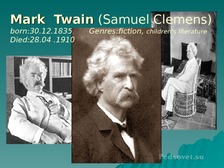 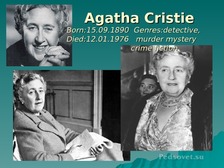 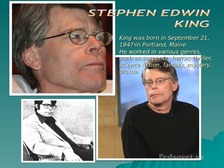 . King was born in September 21, 1947 in Portland, Maine He worked in various genres, such as suspense, horror, thriller, science fiction, fantasy, mystery, drama. 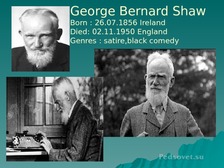 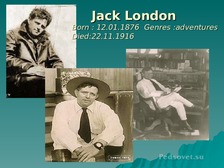 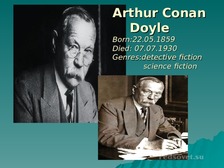 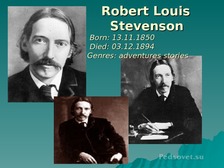