Carrie tried to mop up the mess with the edge of the table cloth and put a mat under the worst of it to stop the damp marking the table, but her hands seemed all thumbs and she couldn't stop crying.

Linda was all thumbs with the heavy cutlery and the Swedish glassware.

Though short, he stands head and shoulders above most.

But, as in 1990, Japan stands head and shoulders above the rest in hardware investment intentions this year.


He grazed through the streets as if he were some sort of god, head and shoulders above everyone.


A big cheer for Big Cheese


Jethro Tull's Ian Anderson owns about ten million acres in the borders and Roger Daltrey is a big cheese in the trout farming world.


Was he just a big fish in a very small pool?


In one nursery school there were 150 children, gaily dressed and full of beans.


They always seem to be cheerful and full of beans…


For almost 18 months Margaret Thatcher and Nigel Lawson have been at loggerheads over sterling.


Ukraine, at loggerheads with Russia on military issues, insists that the accord must be turned into a multilateral one and that Russia is not in a position to ratify it on behalf of the other republics of the former Soviet Union.


IBM and Hitachi are still at loggerheads.


In fact the threat of default by a Third World country could put the banks in a tight spot; which is why virtually all the big banks have recently started to keep money aside as `loan-loss'; provision.


MPs put the governor of the Bank of England in a tight spot over Harrods bank.


But if British food retailers are in clover, why does some foreign beast not intrude on their patch?


There are many people around who call a spade a spade, but who do so in such a rude, offensive way, that this kind of plain-speaking becomes something to be avoided.


And why can't you call a spade a spade?


I'm used to people calling a spade a spade, and I don't understand sophisticated people,'; she said quietly.


Oh yes, we shall have to see Brown, and hear whatever cock-and-bull story he's cooked up for us.


I feel like a bull in a china shop, with all these young women gawping


Politically, he often behaved like a bull in a china shop.


He had dared to slaughter a sacred cow.


Probably, in terms of company drive, this product was the sacred cow of all sacred cows and yet the economic tide was flowing against us.


They are indeed a species of sacred cow.


In English, there is even a term for the surrender of truth to politeness: a white lie.


But at least the white lie had got her out of her moment of confusion.


The acid test for art criticism is the solo exhibition.


The acid test of a good leader is the extent to which they select a style to suit the circumstances.


Some argue that while this may be desirable, it is not possible; it is pie in the sky, since it ignores reality.


Do not be deceived into throwing away a decent offer in pursuit of pie in the sky.


Nationalization was a pie in the sky, and the pie fell to the ground very soon. 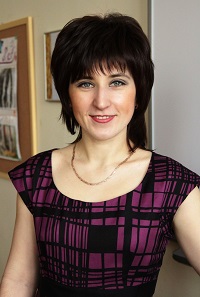